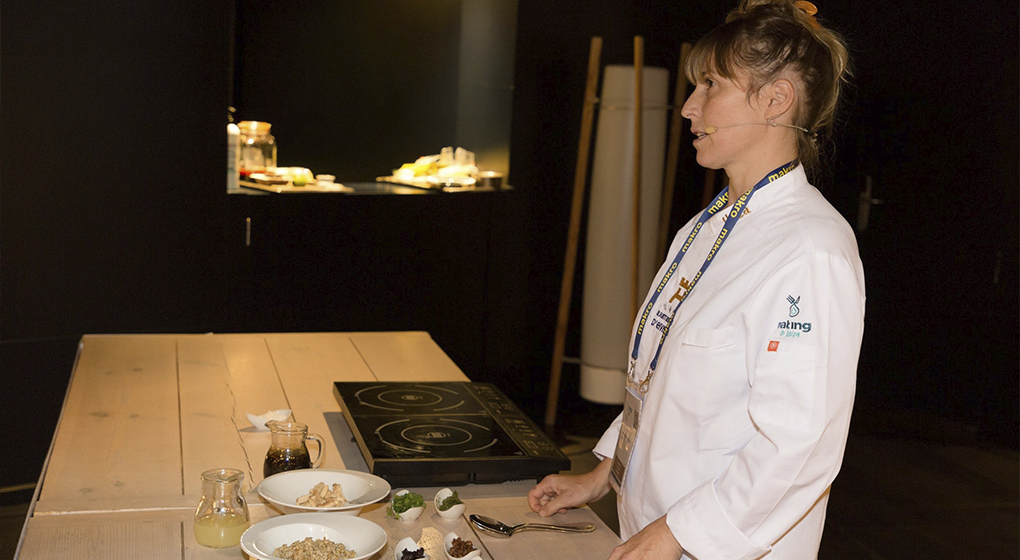 The XXIII edition of San Sebastian Gastronomika Euskadi Basque Country, the Haute Gastronomy Congress held last week, is one of the most prestigious in the sector on the international scene.
Every year the event brings together some of the most awarded national and international chefs, making it an annual meeting point for the world of Gastronomy.
One of the hallmarks that makes San Sebastian Gastronomika a unique congress in the world is the tasting in real time, and in this 23rd edition, for the first time, the gastronomy of the city of Eivissa has been represented by great chefs, who offered a presentation with tasting to more than 40 professionals of the gastronomic sector.

This promotional action, organised by the Ibiza Town Hall, gave visibility to our Eating in Ibiza Club, which was invited to the event.

The chefs of the Eivissa restaurants Catalina Riera, from Ca n'Alfredo; Paulina Mauvecín, from Eat is Life; Óscar Molina, from La Gaia, and David Reartes, from Re-Arte, have made the quality and variety of Ibizan cuisine known to the public. The participating chefs were the winners of the first edition of the Vila Gastronomic Awards, an initiative of the Town Council's Department of Tourism. Their participation in Gastronomika is part of the prize awarded to the winning establishments.
The presentation received very positive reviews from diners, chefs and professionals related to gastronomy, who were surprised by the richness and particularities of the demonstration of Ibizan cuisine.

To close the presentation, the promotional video of Eating in Ibiza was broadcast.

You can watch the video of the event by clicking here, and read more news related to the event in the press: